Today, watch fans and collectors have an endless choice in terms of steel watch bands. Some meshes have existed for many years and have not lost any of their popularity. Here are just a few of these iconic models that span the ages and remain among the big favorites. 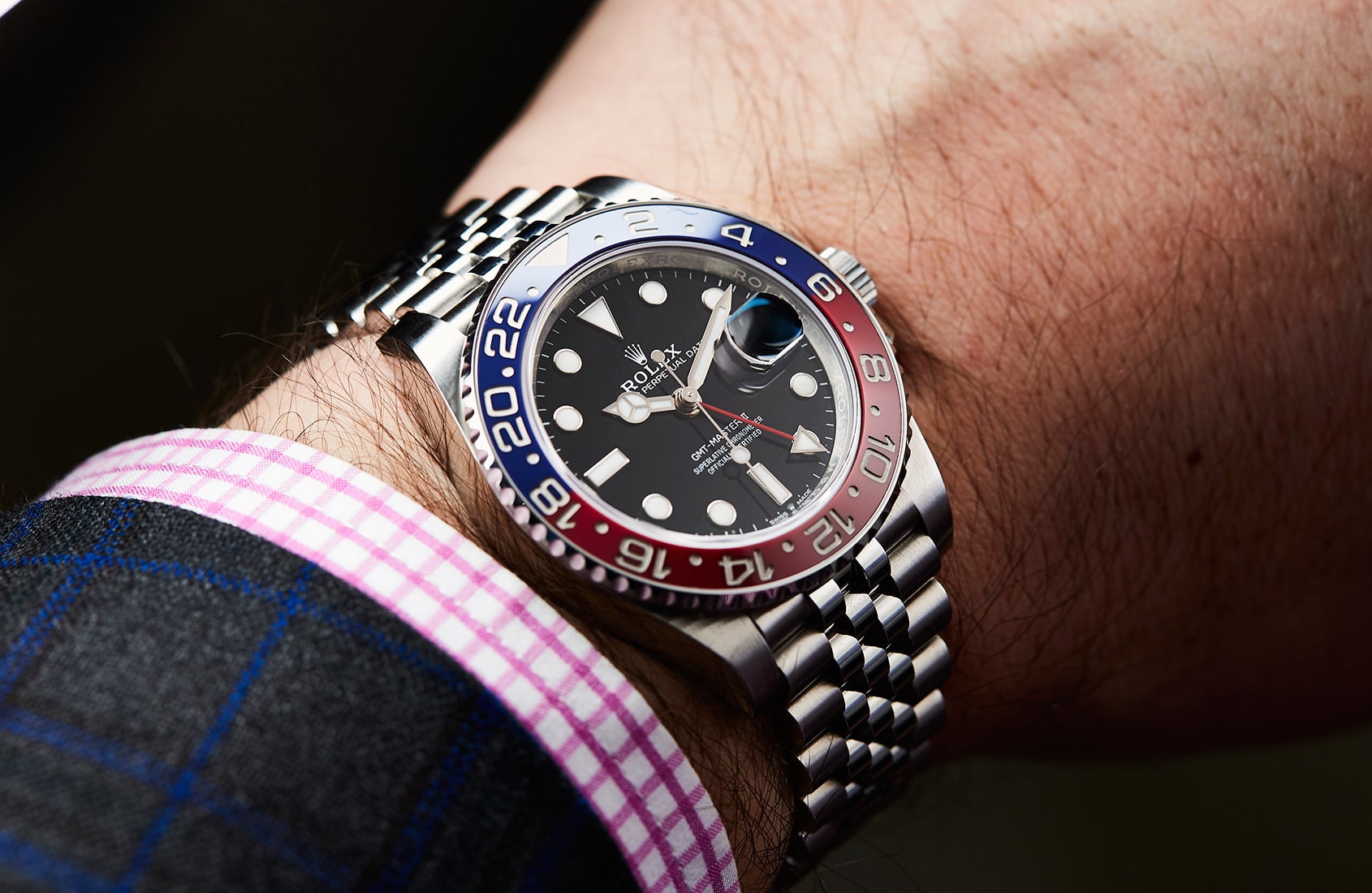 By far my favorite, it was presented for the first time in 1945 only in Solid Gold at firt for the Rolex Oyster Perpetual Datejust and coincides with the brand’s 40th anniversary. Very chic, often mistaken by the “President” bracelet (launch in 1956 by the way), so iconic and appreciated this 5-link bracelet has hardly changed over the years and today is a particularly appreciated & research on GMT II Batman & Pepsi.

The Milanese bracelet is reminiscent of the medieval armor mesh. Nevertheless, it was born in Milan in the 19th century, flexible and comfortable on the wrist. The chainmail style was very popular in the 50s to 70s, and the favorite strap choice of iconic watches like the Omega Ploproof the strap advertised as “Shark-Proof”.

Today, this type of elegant bracelet is available in different metals and colors and popular with watchmaker like Breitling for its SuperOcean Heritage serie, Seiko and IWC’s Portofino owners! 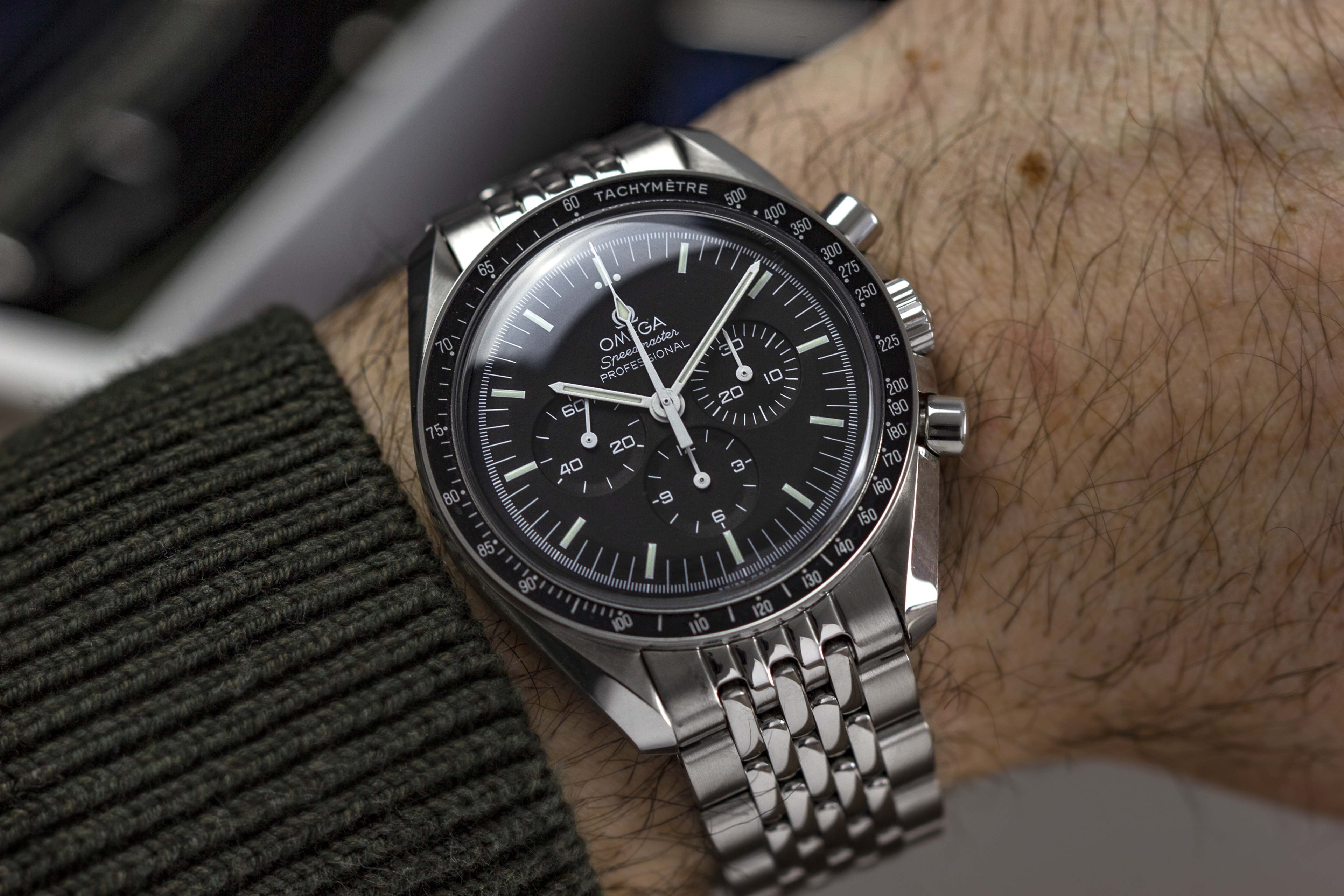 The origin of this strap dates back to the famous Gay Frères, strap manufacturers known worldwide for having created several emblematic models for prestigious manufacturer. This particular strap was sold in the 40s, on Philippe Patek & Vacheron Constantin watches, before being followed by other big Houses like Tag Heuer & Omega. The Beads of Rice bracelet was considered at the time as a technological feat in terms of aesthetics and comfort. It has the advantage of being very versatile since it can be seen as much on a refined watch as on a sportier model. Today we find it on the new Autavia Heritage and the trend is to adapt it on Vintage Omega. 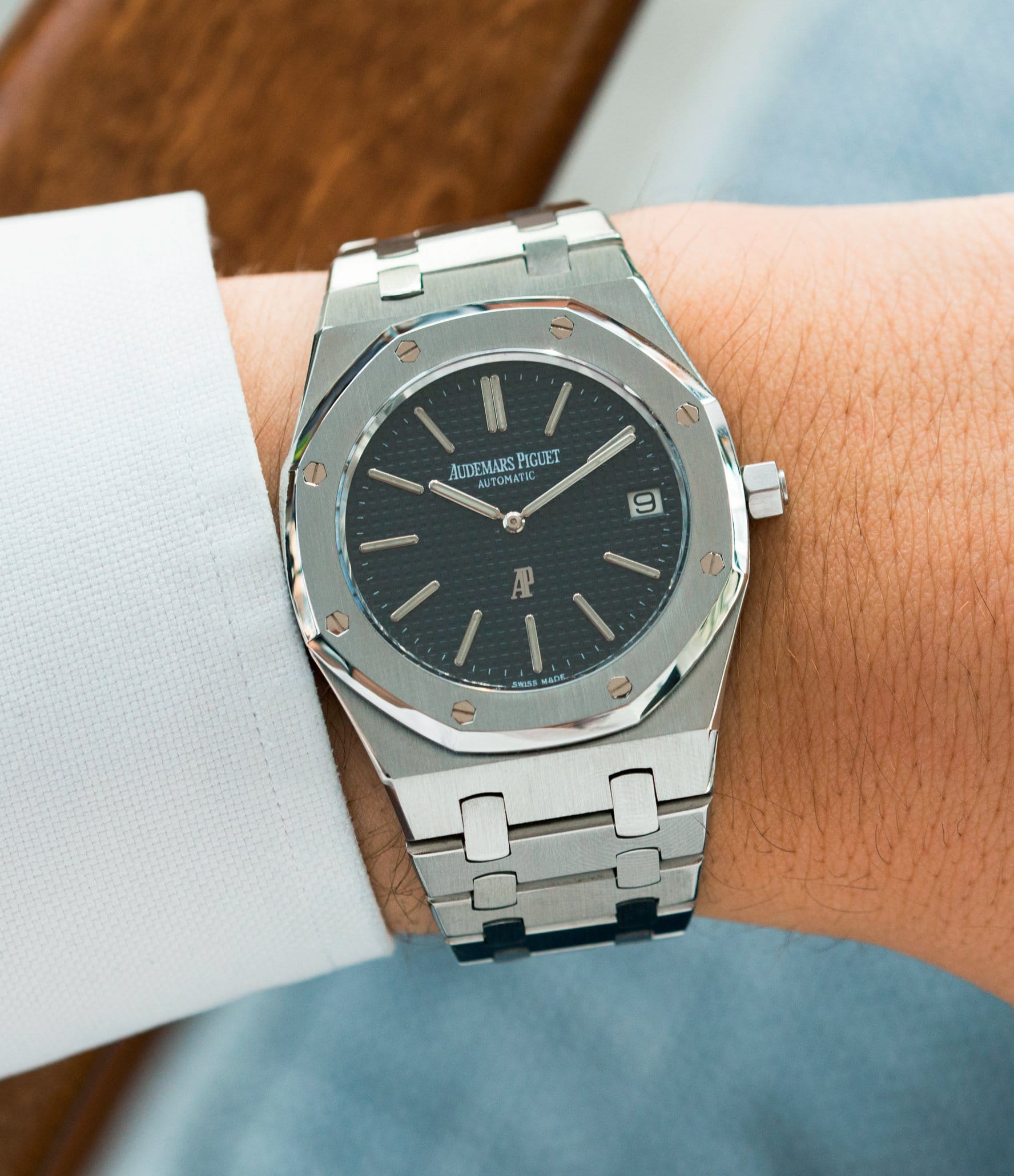 This complex articulated steel bracelet owes its name to the Royal Oak watch, designed by watch designer Gerald Genta for Audemars Piguet manufactured by Gay Frère & presented at Baselworld in 1972. It was then the brand’s first luxury sport wristwatch, with a bold and avant-garde design. It has the particularity of being directly integrated into the watch case, forming a single piece. Its success can be translated by its discontinuous sale since its creation! Only available for Royal Oak/Offshore. 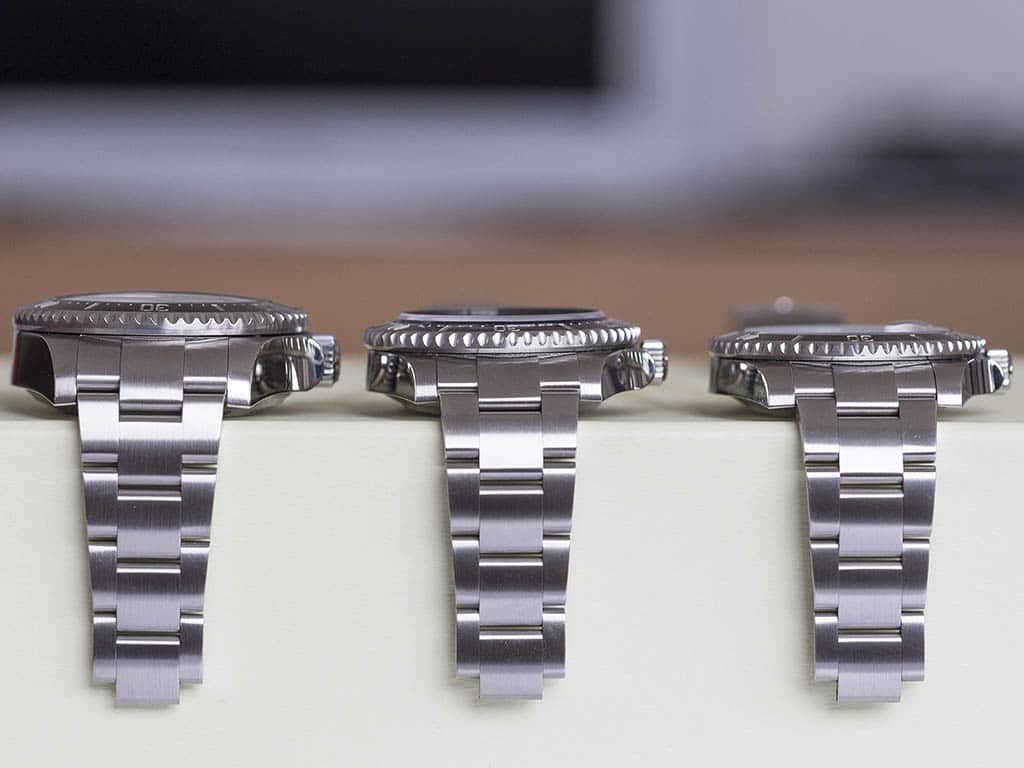 This emblematic bracelet from the 20th century was introduced by Rolex in the late 30s “Pre-Oyster” and offered for the first time in 1948. Still manufactured by the most renowned at the time Gay Frere before this same manufacture was acquired by Rolex in 1998 of course. It was offer with straight end only until 1952! The strap includes three flat links and appears on most models of the Swiss watch brand. Over time, its design has evolved from Rivet links to folded and today solid links, as has that of the clasp, and change were made to adapt to the different sporting uses of the watch, such as diving with the glide-lock buckle for example.

Anecdote : This is the Bracelets which are most frequently copied by other watchmakers! 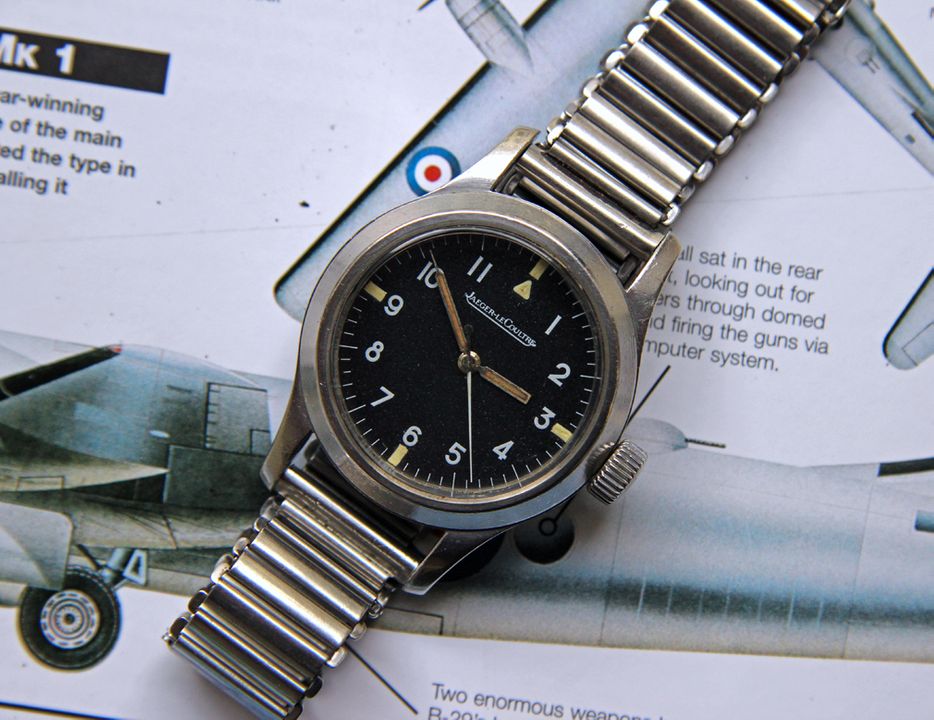 This bracelet made up of flat buckles and tubular links developed in the late 20’s made its first appearance with the British Royal Air Force military wristwatches in the 1950s and 1960s, after the Second World War. It’s an iconic strap for several reasons, It’s the first mass produced strap and therefore affordable, and of course for its adjustable ease. Particularly functional, it is both thin, resistant, and fits all wrists.

The Panerai Strap Mark I 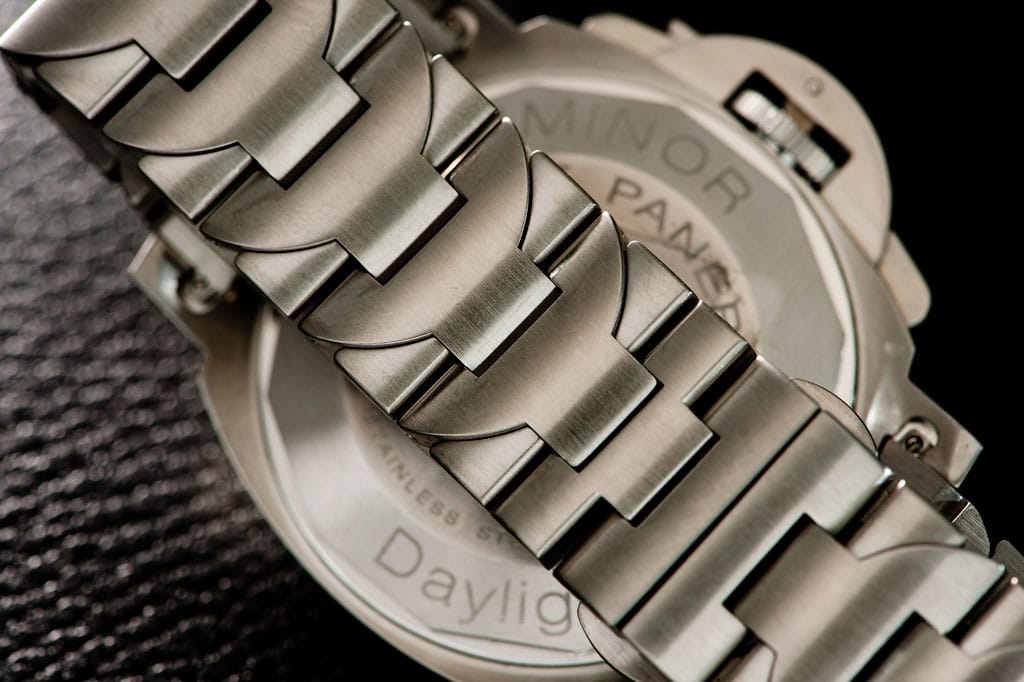 The most recent of our selection, it has been introduced in 1999, first of its kind it’s combined steel and titanium on the same link what gives an amazing visual effect, immaterially recognizable by watch enthusiast and rare, It has been sold till 2008 to let place to the Mark II (how I call it) with a traditional design in stainless steel less loved by the Panerati community but finally came back modernized in 2017! 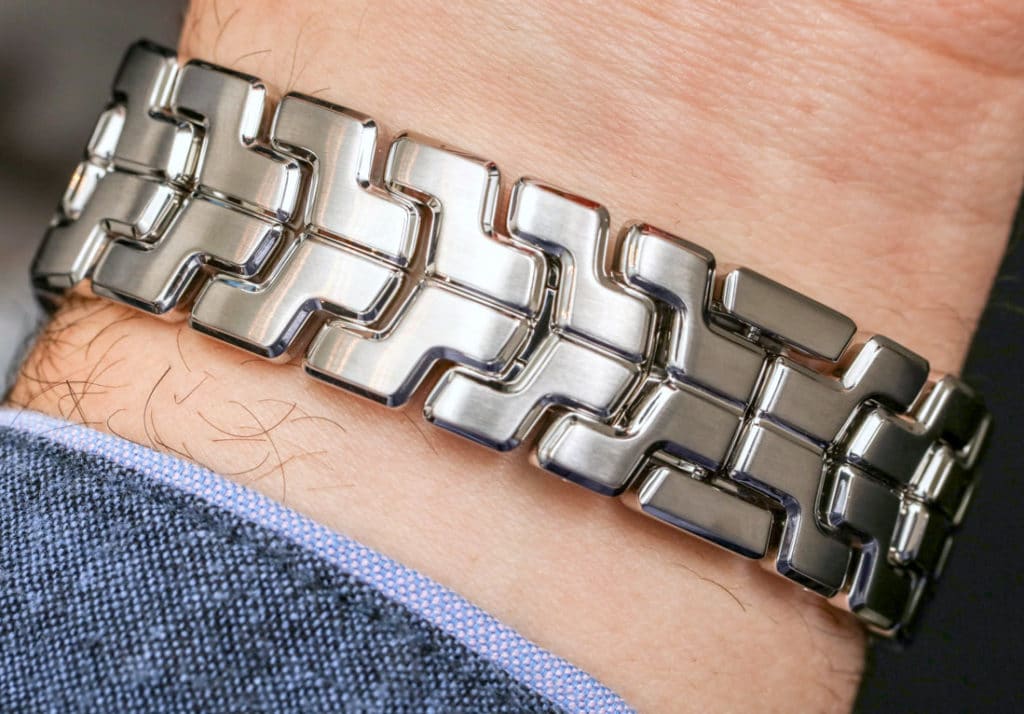 Launch after Tag “Technique d’Avant Garde” acquire Heuer in 1985 they design and create the famous Link Sport/Elegance Watch in 1987 designed by Eddie Schopfer if find success thanks to its unconventional look and could be instantly identified not necessarily by its face or case but by its bracelet link, interlocking double-“S” with soft rounded edges for comfort, though it’s a pain to remove links it was a best seller! They unfortunately stopped the producing to start it again for women in 2016 and reintroduce the strap for the 30 Years anniversary in 2017 for men! 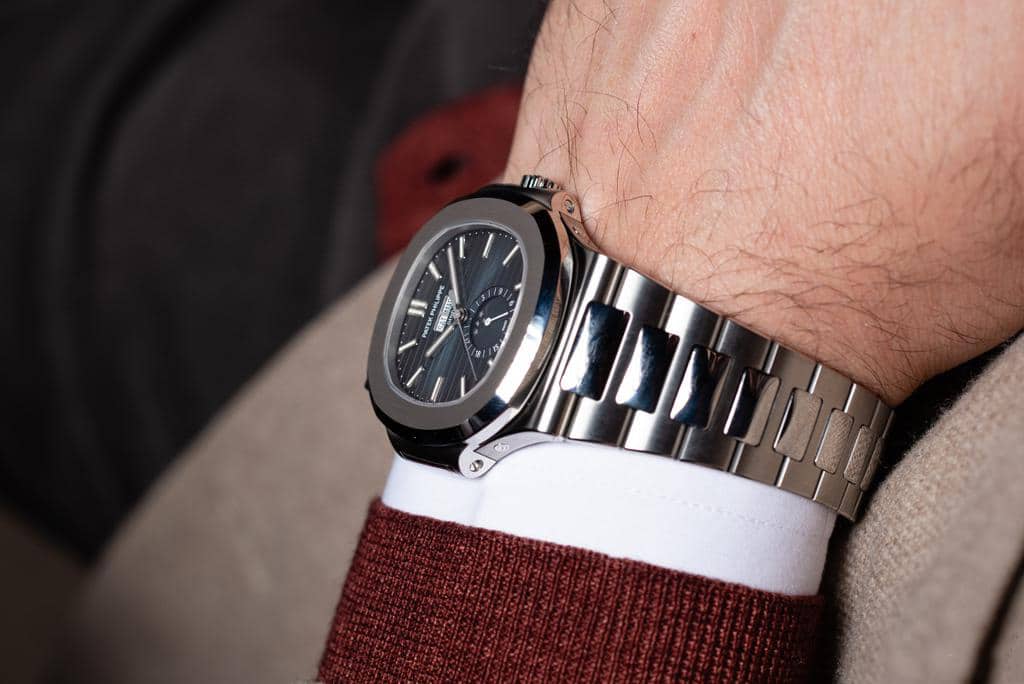 The Nautilus name from the Jules Verne’s submarine classic novel 20,000 Leagues Under the Sea, featured as well a unique bracelet design again, designed by watch designer Gerald Genta and, you’ve guessed it manufactured by Gay Frère like the Royal the bracelet is directly integrated into the watch case making it compatible uniquely with Nautilus! 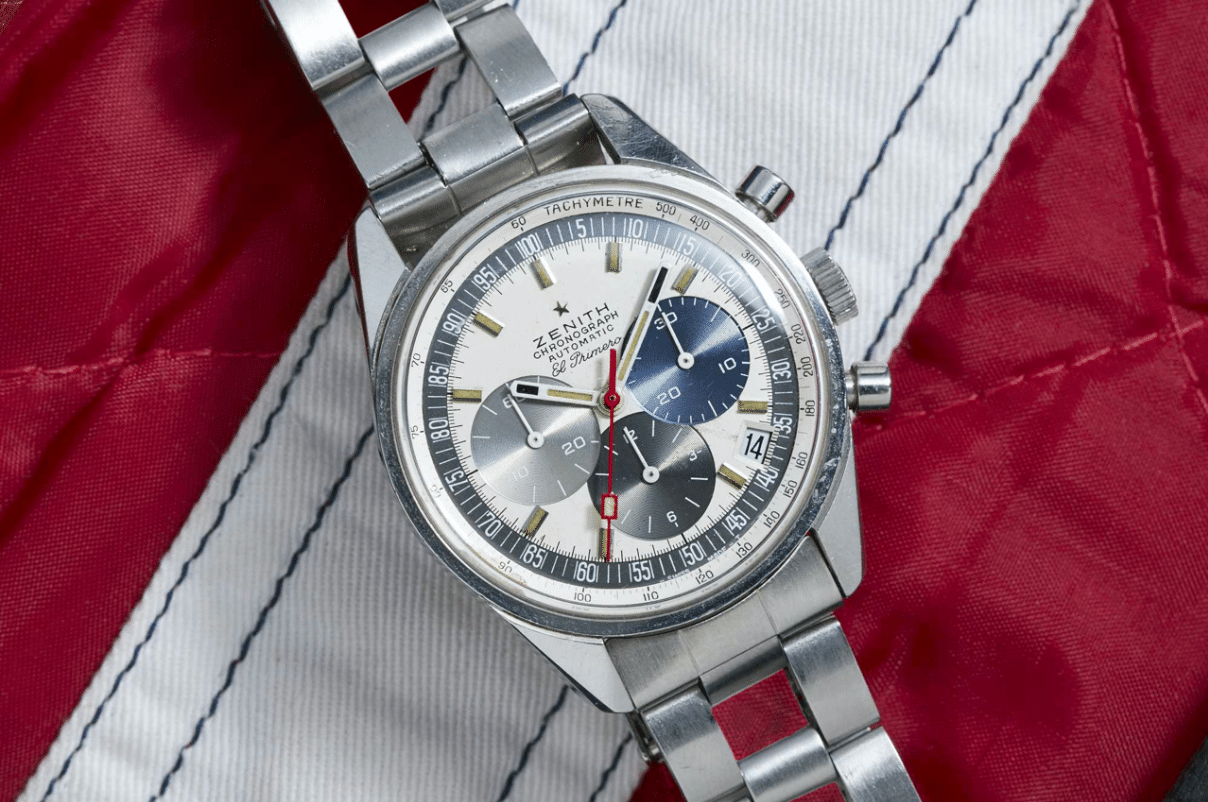 Another Gay Frères creation proposed for the Zenith El Primero from 1969, this bracelet has spaces between the folded links which give it the appearance of a scale.

Did we missed a bracelet ? Leave us a comment below 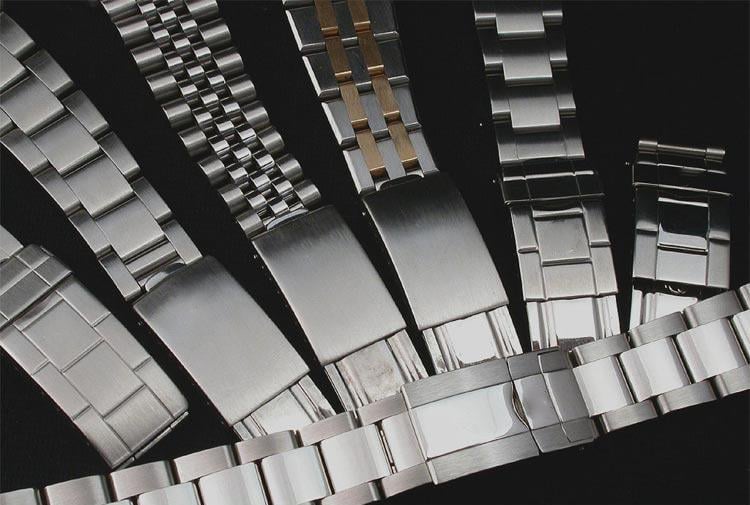